The city of Triste, located in the north of the peninsula, is undoubtedly a city full of art and culture, but above all it is a city closely linked to literature. This beautiful city is a center of inspiration for many young European writers and artists. This was not the exception for the Irish James Joyce, a writer arrived in the city of Trieste in 1905 with his wife Nora. This was where he first met Italo Svevo in an English class of which Joyce was the teacher.

Spending a weekend in this wonderful city full of culture and art is a dream for many. Here we will guide you through a cultural visit and through the footsteps of these greats of literature.

In the center of the city are the statues dedicated to Italo Svevo and James Joyce. Italo was from Trieste by birth and James had come there because he was a lover of Italian literature and then chose it as his home. If you want to visit the statues, Svevo's is in Piazza Hortis and Joyce's is on the Canal Grande bridge. 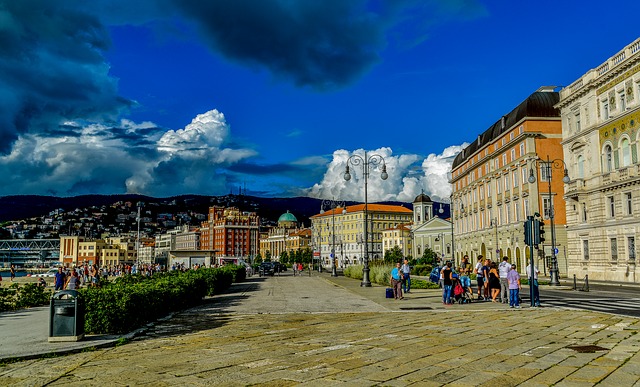 Trieste in the footsteps of Italo Svevo

Continuing in the footsteps of these famous writers, we cannot forget the historic Caffè San Marco, where Italo svevo came every day to sit down to read and surely to take inspiration for his most important works. Another of the most important places today if we talk about Italo Svevo is the Civic Library in Piazza Hortis, this was where the writer loved to immerse himself in literature. Today this famous library houses the Svevian museum. Last but not least is the public garden of Via Giulia, a place that was the setting for many scenes from his romance A Life and the Consciousness of Zeno.

Trieste in the footsteps of James Joyce

If we want to follow in the footsteps of James Joyce in Trieste, we cannot not mention the Berlitz School. School in which he got his first job in Italy as an English teacher and it was there that he met Italo Svevo. Another of the places that we can visit that is connected to Joyce is the last house he lived in Piazza Ponterosso, although the writer changed houses more than 8 times in the city, this was one of the apartments in which he spent his days . The last stop will be another famous caffe Stella Polare caffè which he frequented very often.

We do not know if it was the sea or the city that made these writers fall in love with this city, but without a doubt this city is full of culture and admiration for many more.