The charm of Spoleto is captured by observing the landscape in which the city is immersed, the buildings that testify to its history full of events and characters, the artistic heritage that it preserves. Erected on Colle Sant'Elia behind Monteluco, up to the banks of the Tessino, Spoleto was a Roman colony and municipality, and it still preserves precious monuments from this long and prosperous period.

Among these, the Rocca Albornoziana erected on Monte Sant'Elia, the Rocca was commissioned by the Spanish Cardinal Egidio Albornoz in 1359 to the architect Matteo Gattapome, who built an imposing but also elegant and comfortable fortress, to host papal governors and illustrious personalities of the epoch. The rectangular structure is divided into two courtyards by a high wall that ends towards the city with the grandiose Torre Maestra. 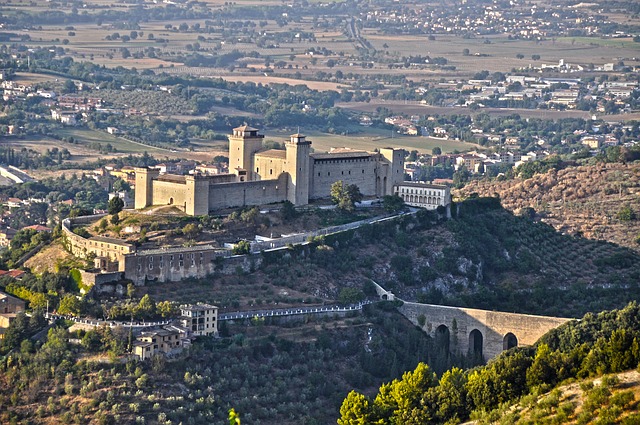 A stone's throw from the Rocca Albornoziana stands one of the most representative monuments of Spoleto: the Fontana del Mascherone. The monument owes its name to the face with human and feline features, placed in the center of a large aedicule. Built in the 17th century, the fountain is a tribute to the generous intervention of Pope Clement XII who restored the ancient Aqueduct of Spoleto.

While the Cathedral of Santa Maria Assunta or Duomo di Spoleto was built in the twelfth century in the center of a wonderful square overlooked by the Palazzo Rancani, the Palazzo della Signoria, the small church of Santa Maria della Manna and the small Teatro Caio Melisso. To admire inside the church, the apse covered with splendid frescoes by Filippo Lippi depicting the Stories of the Virgin.

Majestic work with ten arches, made of limestone and supported by nine pillars that connect Colle Sant'Elia to Monteluco, the Ponte delle Torri can be traveled both by car and on foot, and is so named for the presence of two watchtowers two ends.

Spoleto is rich not only in important monuments, but also in restaurants and agritourisms.

Strangozzi the typical pasta from Spoleto 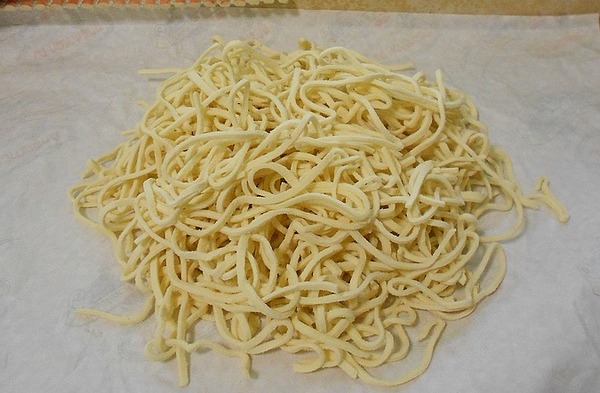 The typical dishes are many, but strangozzi are certainly the most famous dish in the city, present in almost all the menus of the restaurants in the area.

They are cooked "alla Spoletina", a condiment that includes a slightly spicy tomato sauce, with truffles, with asparagine or combined with a fancy recipe. But the characteristic rough surface makes them a pasta that adapts well to any type of sauce, including meat with sausage, pork, bacon or game.

They represent one of the poor dishes of the territory, which have always been a pride of Italian cuisine, because the true traditions are those that in everyday reality remind us of our culinary history and the great passion for food that characterizes our country.

Each region has its own particularities or variations of simple and always tasty foods, especially when it comes to hand-rolled pasta. Think of Romagna tagliatelle, Piedmontese tajulin, or Calabrian macaroni al ferretto.

The Strangozzi di Spoleto are the Umbrian version of the same dish, similar in shape to spaghetti, but thicker, with a square section and a rougher surface.

They are prepared with soft wheat flour, water and salt, according to the typical recipe of the peasant tradition of the area between Foligno and Spoleto, but also widespread throughout Umbria, Marche and Lazio. Today they are also prepared and served in the version with the addition of eggs.

They are made by hand by rolling out a sheet, between 2 and 4 mm thick, of soft wheat flour pasta, water and salt.

The sheet is then cut into strips about 4 mm wide and about 30 cm long (“erte de pasta e fine de knife” strips).

It is curious that depending on the area the name changes to stringozzi, strengozzi, strengozze, strozzapreti or, as in Terni, ciriole (in Spoleto the most common is strangozzi).