Without a doubt, these cities will surprise you with their history, landscapes and, above all, culture. These small towns are very close to each other, perfect if you are planning a short vacation or have a few days to visit the surroundings.

The city of Portogruaro is located in northern Italy, specifically in the Veneto region. This wonderful city has monuments from the Middle Ages and the Renaissance that will make you appreciate its charm even more. In the buildings you can find remains from both periods.

The city of Portogruaro was surrounded by towers that limited access to the city, today only three towers remain: Torre San Giovanni, Torre Sant’Agnese and Torre San Gottardo. Another of the most beautiful places in the city is the Gothic-style town hall dating from 1265. Portogruaro is a very active city from a cultural point of view as it has one of the oldest museums in Italy: the National Archaeological Museum of Concord. 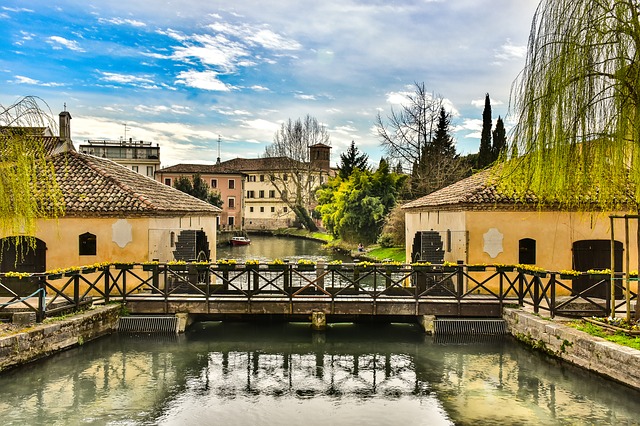 For the Catholic Church, this place had the historical dignity of the seat of a cathedral, it was the residence of the bishop of the diocese of Concordia-Pordenone. The cathedral is still preserved in the center of the city next to the bell tower with the same name.

The last city we will talk about is Summaga, actually this is a small town located a few kilometers from the two mentioned above. The origin of this town dates from the X-XI century, it is the oldest town compared to Portogruaro, this due to the foundation of a monastery built by bishops. There are no remains of this monastery, but the abbey has become an important tourist destination as it has frescoes and important works of art.