Things to do on a rainy day in Rome

Whoever said you can’t do anything on a rainy trip in Rome?

In the movie “Sabrina” Audrey Hepburn tells Humphrey Bogart to find a little bit of rain when in Paris. Of course, we are not in Paris, and I’m not saying you should do this, but when it happens why don’t you take advantage of it?

As soon as we think about Italy, we get the idea of an ever-sunny place.
But now I will tell you about many things otherwise you wouldn't even take into account.

For those who want to see an unusual part of the Eternal City, you should visit for sure the underground side of Rome. San Clemente’s basilica is a unique church!
After an overview of the church history and architecture you are allowed to visit downstairs, because this church is built on three different levels; this means that from the top to the bottom, in just one site, you can admire ruins of different centuries: a 1st century Roman House, a 2nd century Mithraeum (where there was the worshipper of Mithra) and a 4th century Early Roman Basilica.

After the visit of San Clemente's Basilica, going ahead on via Vittorio Veneto (by feet or by taxi, it depends on how much it is raining of course) you’ll find the Church of Santa Maria della Concezione dei Cappuccini. Here you can visit the Capuchin Crypt which is located just under the Church. This crypt, also known as the crypt of the bones, contains the skeletal remains of 3700 Capuchin friars. Everything is made by real human bones arranged throughout different rooms in sculptures and mosaic-like displays like flowers, geometric shapes and religious symbols.
It could seem a little bit scary and grim but I assure you it’s a unique place to visit.

Walking down via Veneto, you will reach Trevi fountain. Under this famous fountain, everyone knows, you can find something really unexpected: the Vicus Caprarius - the City of Water, an archaeological area with the rest of the first Roman aqueduct, part of an intricate labyrinth of ancient remains. You’re allowed to work backwards and observe the archaeological witnesses of the events that characterized the history of Rome.
You can see just a little part but it's really worth!

If you decide to move and leave the center of Rome for a while, you can go to the northern area of the city. There you can find the Catacombs of Priscilla, built to practice religious rituals publicly condemned by the society at that time, it seems they have been created to struggle persecutions of Christians during the Roman Empire Era. This underground cemetery is built on three levels, every level is 13 km long and it’s characterized by the presence of ancient paintings on its walls. Through these scenes from the Old Testament and from everyday life, you can see how Christians used to feel at that time.

As soon as you get bored of the city you can enjoy a less stressful trip to Santa Severa Castle.
If you book a guided tour of Santa Severa Castle with private driver, in just one hour you will get there and enjoy a total immersion in a medieval castle.
While touring around the castle you will be able to watch actors playing episodes of Santa Severa’s history, moreover, in every room of the castle you visit, you can touch the items on display making this experience something really interactive that makes you feel not just like a detached visitor but a part of it.
Finally, what’s better than a wine-tasting experience in a castle overlooking the sea?
I know it’s raining outside but it cannot rain forever, don’t you think?
At the end of your visit to Santa Severa Castle, your driver will take you back to Rome, hoping the sun too will be back again.

Clearly, you can benefit from a rainy day visiting Vatican Museums, the Sistine Chapel, and the Basilica; you can join a tour to Castel Sant’Angelo, to the Pantheon or Piazza Navona, and everything marvellous you can find in this amazing city. Or you can just have a sit in a restaurant in Trastevere and appreciate all the traditional Roman dishes.
But I’m writing here with the only goal to suggest you something new, something interesting and something peculiar you would have probably never thought about.

Eventually, you can just buy an umbrella or a raincoat and have a walk wherever your heart brings you. After all, a bit of rain has never hurt anyone and it seems that some people are attracted by the rainy cities. I mean, you’re in Rome, you can’t be upset just for the rain. Rome is one of the most beautiful and romantic cities in the world, go out and feel it. 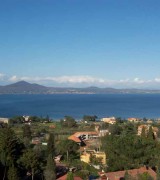 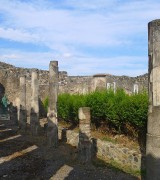 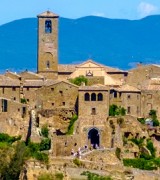